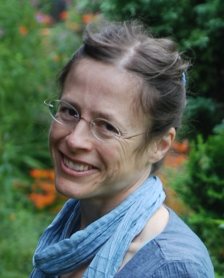 Alise Ojay graduated with a first class degree in Philosophy from the University of York, UK and later qualified as a Dramatherapist. Singing has always been her love and she was a founding member of the Natural Voice Network which promotes singing as a natural expression, open to all. She directed and arranged songs for a warm-hearted community choir for 19 years, specialising in unaccompanied part-songs from around the world, and continues to direct a second (equally warm-hearted and lovely!) world music choir at the University of Exeter which she founded in 2004. Over the same period Alise has also performed in and composed for a long-standing a cappella vocal trio.

Alise first had the idea that singing might reduce snoring when talking with a friend who was troubled by his snoring. Having explored different singing traditions from around the world, Alise was very familiar with the inside of her own throat and how different kinds of singing exercised it. She immediately wondered whether a well-toned throat would be so inclined to vibrate in the very lax-sounding way her friend's throat vibrated when he demonstrated his snoring noise. Thus began a quest.

First of all Alise discovered that Dr. Elizabeth Scott, a medical doctor living in Scotland, had tried singing exercises on her snoring patients. She claimed to have had considerable success (29), but had been unable to carry out a clinical trial.

In 1999, with the support of Complementary Medicine, Peninsula Medical School, UK (formerly the Department of Complementary Medicine, University of Exeter), Alise conducted the first pilot trial of singing exercises to reduce snoring (1) and was made an Honorary Research Fellow. The results of the trial were promising and two years of investigation followed with Alise determined to design a programme of exercises which would specifically target the areas of the throat most relevant to snorers and so increase the benefits suggested by the pilot trial. The Singing for Snorers exercise programme is the result of this endeavour.